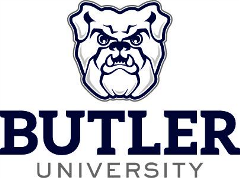 The Butler University College of Business student-run captive will officially launch today (1 August) after two years in the making.

When the university first announced the captive, it predicted a launch date of academic year 2019-2020, however after the hiring of Kevin Thompson to teach the programme and a $250,000 gift from MJ Insurance and its CEO Michael Bill, the date was pushed forward to two years ahead of schedule.

The captive insurance company will insure certain programmes, including the live mascot, bulldog Butler Blue III, and any physical damage to university vehicles.