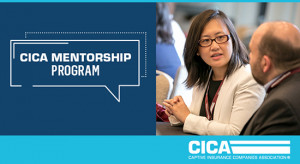 The Captive Insurance Companies Association (CICA) has launched a Mentorship Programme, the first major initiative driven by its new president, Dan Towle. Towle began his tenure as CICA president in April 2017, succeeding Dennis Harwick, and the newly announced mentorship programme is one way he hopes the Association can address the impending talent drain from the captive, and wider, risk and insurance management industry.

“There is no doubt there have been ongoing discussions about the large number of captive professionals that are going to be retiring in the next few years,” Towle told Captive Review.

“I look at this as an opportunity for CICA to take a leadership position. There was a lot of talk about people retiring, but not a lot about what the industry was going to do to fill that gap.”

Circumventing the void: how can the captive industry attract new blood?