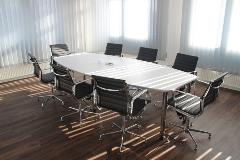 We discussed the way changing workforce demographics are likely to impact captive insurers in the years ahead in “What Is Your Captive’s Talent Acquisition Strategy?” However, the changes sweeping through the US labor force are also likely to impact your captive’s board of directors. A February 22, 2017, article by Eric Frazier in Business.com, “Baby Boomer Retirement: Avoid a ‘Senior Moment’ In Your Business,” says that “a massive generational shift in the workforce is underway as over the next two decades an estimated 10,000 Baby Boomers will retire each day. The 79 million Baby Boomers born between 1946 and 1964—now ages 51 to 69—comprise the largest generation in U.S. history.” And many of them probably serve on your captive’s board of directors. So what’s your strategy for new director orientation?

We’d hazard a guess that most captive insurers have enjoyed relatively stable boards of directors with limited turnover. Indications are that this is starting to change as the baby boomer generation heads for the door. So what should your strategy be to replace these individuals? Do you have one in place, or do you need to develop one? Below we offer our five steps for onboarding new directors? We can’t claim credit for these ideas since they come from a new monograph produced by the National Association of Corporate Directors (NACD), an organization we’ve mentioned in the past.

In the executive summary distributed by the NACD, they note that nearly one-tenth of the directors serving on Standard & Poor’s 1500 boards in 2016 are new. What’s the turnover rate for your board been and likely to be in the next 5 years? How do you maintain your retiring directors’ important institutional knowledge? What should you do to help new directors become acclimated so they can contribute to the board’s duties? Below are five steps recommended by the NACD study as reported in the executive summary.

Step 1—Provide background to your new directors on the major economic, political, and demographic changes affecting your captive insurer.

The Best Job You Never Heard of