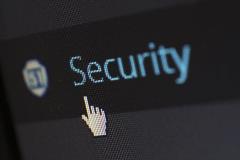 The reality today is that virtually every individual and organisation is vulnerable to a cyber attack, and the nature of the thread is continually evolving.

The mayor of Atlanta, for example, has been quoted as saying: “We are dealing with a hostage situation.”

She was referring to the computer systems supporting many of the city’s departments. In March this year a shadowy group of hackers gained access to the city’s networks and encrypted massive amounts of data; they demanded $50,000 in Bitcoin to release it. While Atlanta authorities will not comment on whether they paid the ransom, the city’s employees and citizens are still grappling with the many headaches and inconveniences caused by this attack.

Your organisation may have robust protection measures in place to guard against a ransomware attack such as this, that is usally launched via a worm embedded in an email attachment. But what about all those internet-connected devices such as surveillance cameras, printers or “smart” building controls that are now common in all types of settings?