The Washington insurance commissioner’s plan to manage captive insurers operating in the state poses “several problems” for the industry, according to State of Vermont’s Ian Davis. 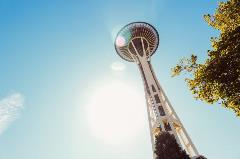 Earlier this week, Captive Review revealed that Washington State insurance commissioner Mike Kreidler was rolling out plans to encourage captives to self-report, offering in return a reduction of fees, fines and interest on back taxes and penalties. He also promised to look back at the previous 10 to 15 years depending on when and if the captive succumbs to the new guidelines.

Davis said that he expects a “strong and unified” response from the industry.

“We are closely monitoring the situation and will continue to support the VCIA and our captive insurance partners in their efforts to protect the industry,” he added.

Kreidler’s plan has been described as a “huge concern” by industry players, and associations are now deciding how to respond to the move.