Are you overmodelled and underserved?

Are you overmodelled and underserved?
From: Captive International, June 16, 2017 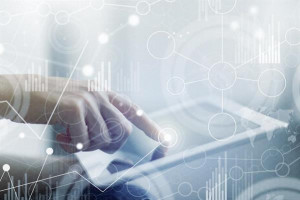 Exponential growth in both the number of risk models and the complexity of the calculations is both a boon and a curse, say Carrie Lam and Steve Prince of Collins Barrow.

With the explosion of computing power and big data these days, captive insurers are being bombarded with ever more models for ever more purposes.

Sometimes these models are forced upon them by regulators, rating agencies or parent companies, but at other times the models are of their own design. These models are intended to help companies understand their risks better, manage their pricing and capital accordingly, and address the increased scrutiny in today’s markets. But we all know where roads paved with good intentions lead us.

We certainly do not advocate eliminating the use of models, particularly since we, as actuaries, are the source of many of them. But we suspect that many captives could benefit from fewer, but better, models that can be more widely used throughout their company.

This is easier said than done, but we have been fortunate to work with a number of organisations that were able to leverage their models and incorporate them into their strategic decision-making.

As a case in point, we worked with a company to develop a capital model that addressed how much capital the company should hold to protect itself against adverse claims and other events. Like any good consultants, we focused on the task at hand and helped them build their capital model.

On any normal day and for any normal client, that model would have been shelved the moment their risk appetite statement was approved by their board, only to be revisited when it came time to file with the regulator next year—but the company would have missed a significant savings opportunity.

Managing is different from calculating. This concept may seem obvious, but ask yourself when was the last time you used your capital model to strategise at a management level?

The company we worked with was soon using the same capital model to assess whether they had the right reinsurance strategy. It turned out their strategy was unnecessarily cautious. Using the information from their capital model, they reduced their reinsurance costs significantly with very little increase in risk by adjusting their retention levels.

The point is, they didn’t need a different model for this. In a larger company, the people in charge of reinsurance decisions might well have built their own model which, theoretically at least, should be reflecting the same risks. But it is a pretty safe bet that different models run by different people would soon be leading to different conclusions. This would lead to more work explaining the differences in addition to the work that went into building the second model.

The point is, we think there is sometimes more value to be gained in wider use of existing models rather than a proliferation of ever more models.

If this is bad, what would be better?

In another case we worked on, the client was particularly worried about geographic concentration of its potential for storm damage. We helped them build a model to track and model the concentration of their risk.

The company took it a step further. Instead of just reporting that they were overexposed in the south western US, for instance, the capital model became a tool for assessing which treaties to accept.

If a proposed treaty would increase their concentration in the south western US, that treaty could be declined or charged a very high price. On the other hand, if the treaty involved coverage where they were underweighted, the pricing could be more competitive. In some cases, certain treaties would even decrease the company’s total capital requirements because of the added diversification. The company could be very aggressive on pricing for those treaties.

Most companies keep track of their geographic exposures. Not all companies, though, would tie that analysis to their capital models to directly see the capital impact, good or bad, of changes in those exposures.

The point is, instead of saying, “gosh, what model should we build to decide which treaties to accept?”, the company enhanced its existing model to make it (a) a proactive tool; and (b) always consistent with their approach to capital requirements.

In sameness there is diversity

In modelling terms, there was a high correlation between their strategies and their returns, and therefore little real diversification. What was real was the amount of fees being paid out to the multiple fund managers.

Might there have been some cost savings, or more effective diversification, or both, if the investment people were talking to the modelling people a little more?

We showed the company that there was little benefit being derived from the current approach and helped them develop a single, comprehensive approach to manage their investments for better diversification and lower fees.

Models have their uses and their abuses. More thoughtful use of existing models, or enhancements to broaden their use, might be more valuable than building a new model for every purpose.

Carrie Lam is a senior manager at Collins Barrow. She provides strategic advice on managing her clients’ global reinsurance portfolios and performs appointed actuary work for life and P&C clients.

The Best Job You Never Heard of