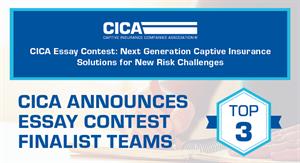 Talent—attracting and retaining it—is a critical issue for any business. Across the insurance industry, the issue of finding new talent is acute as baby boomers who have filled key positions for decades move into retirement.

Across the United States, 10,000 baby boomers turn 65 every day. By 2024, 41 million US workers will be 55 or older and 13 million of those will be 65 or older, according to the Bureau of Labor Statistics (BLS).1 Against that backdrop, the share of insurance industry workers at retirement age was expected to reach 25 percent last year, according to a McKinsey & Company report.

It’s not just existing jobs that need to be filled. The Insurance Labor Market Study conducted in the third quarter of 2018 by the Jacobson Group and Aon’s Ward Group found that 63 percent of insurance companies surveyed planned to increase staff in the coming 12 months, primarily in response to increased business volume. Technology, claims, and underwriting roles were expected to increase the fastest over the year ahead.

Circumventing the void: how can the captive industry attract new blood?